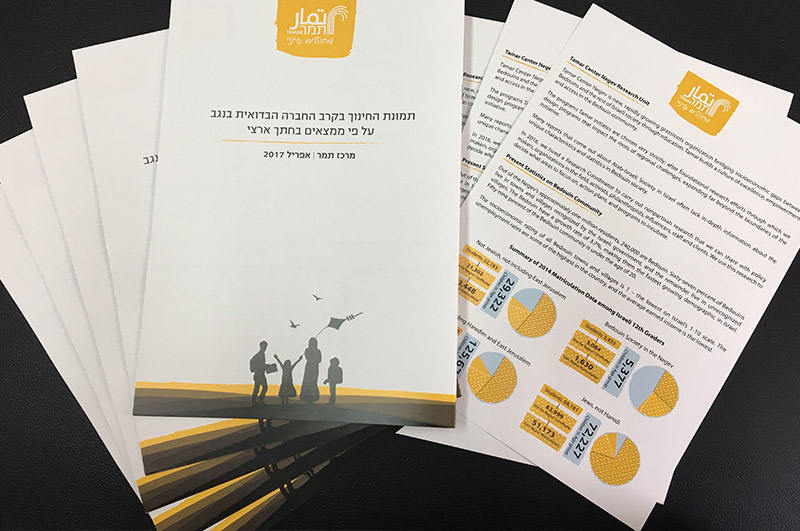 concentration and accessibility:
Given that research on education in Negev Bedouin society is currently being conducted independently by numerous researchers and organizations, it is important that there by a research unit which will gather existing educational research together and make it accessible to government ministries, policy makers, organizations, academics, and the general public. In addition, it is important that there be a research institute that raises focal educational issues which preoccupy Bedouin society to public awareness through in-depth applied research. Specifically, there is a need for studies on Negev Bedouin education that include collection and analysis of data on various crucial topics, discuss their meaning and implications, and provide practical recommendations, as a significant source of information to be used by educational policy makers.

These publications can provide a basis for educational decisions and policies concerning Negev Bedouins in order to promote research-based practice.